A 6-week Live Program on How To Manage Your Energy, Focus, and Time To Live a Fulfilling Life (Without Feeling Stressed)

A Practical Guide for Muslim Professionals Seeking a Productive and Barakah-filled Life.

Registration for Productivity Masterclass is now closed. Please register you interest and we will reach out to you soon with details on the next Cohort.

As a working Muslim professional, life can get overwhelming.

Time is tight... you struggle with work, finances, family, kids, taking care of parents and all your responsibilities without neglecting your own self-care and spiritual needs... every single day.

Even as you try to keep it all together… you sometimes slip up and make mistakes.

Your mind is racing with the hundreds of things on your to-do lists that never seem to get done. 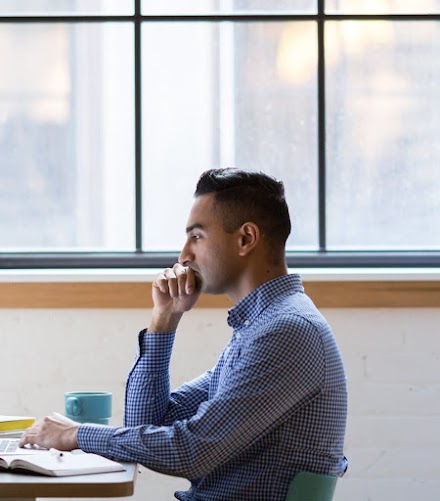 You start feeling unfocused, overwhelmed, and stressed. And you start asking yourself… there must be a better way to balance all of this, right?

As you look for ways to find an answer… you may have explored countless productivity books, hacks, coaching courses and seminars.

Maybe even spent thousands of dollars on them. You scroll through your social media feed with Gurus telling you to...

You try out the new habits for yourself… and some of them work for a while.

But it’s not sustainable in the long run.

There seems to be a missing piece to the puzzle…

A void that needs to be filled.

The thing is… it isn’t your fault that you feel this way.

Here’s why - most productivity courses are only focused on personal, career and financial growth.

Getting more and more done, in less time.

But it completely leaves out the most important element - spirituality and faith.

“Only with the remembrance of Allah, do hearts find peace.”

This is where the Productivity Masterclass comes in.

(Watch the video below to learn more.)

Registration for Productivity Masterclass Cohort 15 is now closed. Please register you interest and we will reach out to you soon with details on the next Cohort.

We have spent over a decade developing a signature training program that combines Islamic spiritual practices with modern productivity science.

To help you become the best version of yourself: spiritually, physically, and socially.

This is the practical stuff you were never taught in school, and not based on just theory.

He has delivered his signature program in over 17 countries across the world including UK, US, Malaysia, Singapore, Switzerland, Egypt, and Saudi Arabia.

The goal is to introduce a modern understanding of the link between faith and personal development that helps you become a better version yourself: spiritually, physically, and socially.

What will you learn in this class?

The Productivity Masterclass is a 6-week online training program.

Week 1: Define Your Best Self

Find out how knowing yourself + using the Productive Muslim Peak Performance Framework can easily guide you to the best version of yourself.

Week 2: Spirituality & Your Best Self

Understand the immense power of Barakah and how to adopt it in your life. And how Hustle Culture is hurting you without you realizing it.

Week 3: Physical Well-being & Your Best Self

Discover how a good physiology enhances your psychology. Learn ways to hack your sleep, gain more energy, proper physical exercises, and meals that fuel your body and mind for optimal performance.

Week 4: How To Manage Your Focus

Learn how to maintain a laser-like focus to calm your brain, manage anxiety and stress to cope with the demands of the day.

Week 5: How to Manage Your Time

Immerse yourself in new, positive habits. But most importantly... how can you sustain it daily? Find out why willpower is overrated and what to do instead. Learn how to adopt the morning, afternoon, and evening routines of our Prophet Muhammad (PBUH).

You have questions.
We have answers.