A Muslim’s first source of guidance in life is the Qur’an, and so we turn to the Book of Allah for our initial inspiration in time management.

Most of us have committed to memory the beautiful, short surah: Al-Asr (Quran 103:1-3). Admittedly, we often choose to recite it in our salah because of its brevity rather than for its profound meanings. And yet Imam Shafi’i asserted that if Allah had revealed only this surah, it would have been enough for the guidance of all humanity! 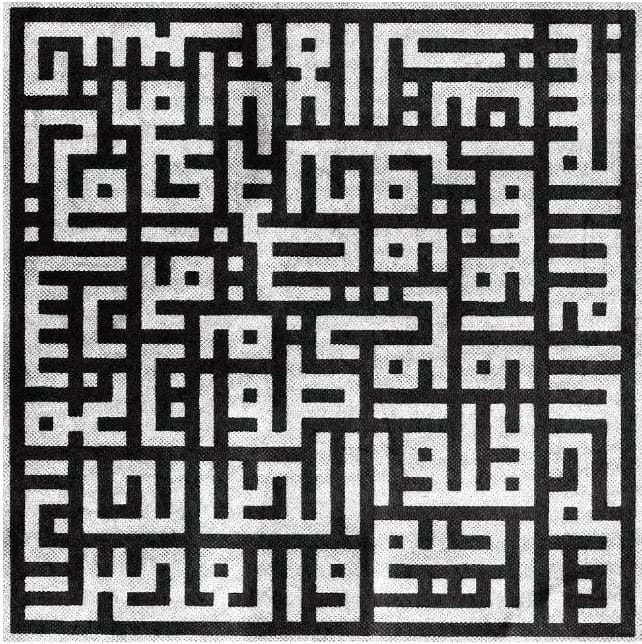 Allah begins the surah by taking an oath – ’Wa al-‘Asr’ – which means ‘by time’. Anything that Allah the Most High swears by in the Qur’an is a tremendous matter – such as ‘Wa al-Fajr’ (by the dawn) or ‘Wa al-Shams’ (by the sun). In the time of the Prophet (Allah bless him and give him peace), beginning with an oath was a method to draw the attention of the listener. Time is a concept that fascinated and awed the Arabs then, and it still fascinates Muslims now.

Inna al-insaana la fi khusr (Verily man is in a state of loss). The second verse starts by describing the general state of humanity – a state of loss, failure and a life which is a waste of time. However, the third verse starts with a glorious exception: Illa-allathina aamanuw (Except those who believe). Here then, the Qur’anic paradigm gives us, as Muslims, immense hope. No matter how lazy, inefficient, unproductive, mediocre or powerless we may be as individuals or as a community – as long as we live and die as Muslims – our life will not be a complete waste of time.

Conversely, no matter how busy, productive, efficient, successful and powerful non-Muslims may appear to be in this world – as long as they die rejecting Islam – none of their work is accepted. This reminds us of the timeless principle of Islam: innama al-‘amaalu bi in-niyyat (Actions are judged by intentions); any work or skill, be it running a company, serving the community or time management in general, must be acceptable to Allah for it to have any lasting benefit. For example, if we intend to set up a soup kitchen for the homeless and the whole project flops, as long as we intended it for Allah, we will be rewarded as if the project was the stunning success we hoped it would be. Yet if we succeed in building a massive corporate empire, we will gain nothing but regret in the next life, if we intended other than Allah’s good pleasure.

Even outwardly pious actions such as building masjids or helping other people or praying could even be punished if our intentions are to show off. So the Muslim’s first rule of time management is seeking acceptance from Allah – checking our intentions – which Surah al-Asr so succinctly reminds us.

Of course a Muslim is never complacent, relying only on belief for success. There must be work. And no other community can equal the Muslim ummah in terms of striving for both dunya and akhira – not neglecting the rights of Allah or the needs of fellow man. The second half of the last ayah explains why: wa ‘amilu-saalihaati (and do righteous deeds). Such good deeds include all the great acts of worship in Islam which encompass every possible beneficial use of one’s time: prayer, supplication, pilgrimage, charity, helping the poor, defending the weak, excellence in dealings and so on.

Hasan al-Basri, one of the greatest scholars in Islamic history from the blessed generation after the Sahaba (Taabi’een), is reported to have had the following inspiration about Surah al-‘Asr. On a sweltering hot day, on a street of Baghdad, he heard an ice-seller exclaim, ‘O people! Have mercy on one whose capital is melting away.’ Sheikh al-Hasan made an immediate connection with time. Just as the ice-seller would make a loss if his capital melted away, man in general will make a loss in the business of life, if we allow our capital to melt away. Our capital is time and Allah reminds us in Surah al-‘Asr that if we waste our capital (time) solely for the dunyathen we make al-khusr (tremendous loss).

It is not unusual for Allah to use the metaphor of business to describe the life of this world and our purpose in it. One of the most powerful verses of the Qur’an talks of Allah ‘purchasing’ our lives:

Indeed Allah has purchased from the believers their very lives and their wealth, promising them Paradise in return (Qur’an 9: 111)

What an excellent transaction this is! So I pray that the readers and this needy author may benefit from the meanings of Surah al-‘Asr; that we may recite it during salah with full concentration and that we live our lives according to it – thereby following a massive principle of Islamic time management: believe and do good deeds for Allah alone. Only then will we not waste our life.

Read the other parts of this series: Part 2 | Part 3