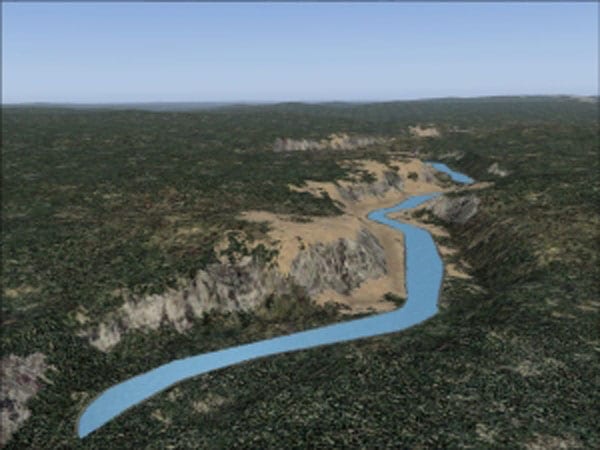 A day of victory is remembered today. Victory of Truth against Falesehood, of the Weak against the Strong, of those who are with Allah (Subhanahu Wa Ta’ala) against those who are with Shaytaan. On this Ashura day, the 10th of Muharram, Prophet Musa – Moses – (Peace be upon him) was saved from Pharaoh. This was nothing short of a miracle, to the extent that the people of Musa could hardly believe it until Allah (Subhanahu Wa Ta’ala) made the body of Pharaoh reach the shores and they confirmed he was dead.

I want to pick one element of this story which I believe is a key lesson for all of us to learn from, and that is the certainty of Musa (Peace be upon him) in the victory of Allah.

and his people (at least 1000 people) with women and children are running away from certain death from the biggest oppressor of their time, and he’s running with them towards the sea. His people are asking him “where are you taking us Musa?! Why aren’t we going north towards Palestine and Syria?” Musa

replies, “This is what I’ve been commanded”. They reach the sea and it’s a dead end. They can neither advance nor can they retreat or change direction. To make matters worse, they see the massive army of Pharaoh filling the horizon and ready to charge!

at that time; thousands of people crying out at your feet “Musa! Musa! Where have you taken us?! They are going to kill us!” Women and children crying, what would you say? How would you respond?… just imagine those moments and put yourself in that situation. Allah (Subhanahu Wa Ta’ala) described this situation in the Quran, He said:

“And when the two hosts saw each other, the companions of Musa (Moses) said: “We are sure to be overtaken.” (Quran, Ash-Shuara, Chapter 26, Verse 61)

But how did Musa

Immediately after this proclamation of certainty, what happens?

“Then We revealed to Musa (Moses) (saying): “Strike the sea with your stick.” And it parted, and each separate part (of that sea water) became like huge mountain.
Then We brought near the others [Fir’aun’s (Pharaoh) party] to that place.
and We saved Musa (Moses) and all those with him.
Then We drowned the others.” (Quran, Ash-Shuara Chapter 26, Verses 63-66)

One man’s certainty of His Lord’s victory saved the thousands of doubters who are with him from certain death. There’s an important leadership lesson here from an individual perspective as well as Ummah perspective: From an individual perspective, and if you’re a leader, the lesson above show that if you believe in something, and you’re acting out of true certainty that it’ll help reach you and your organisation to the “promised land” then you should stand firm against the doubts of the doubters and proceed. Leadership takes courage, and it takes a leap of faith to step into the unknown, but it has to be done otherwise you face the end of your organisation or team. This is not to say that you shouldn’t listen to your team members or that you should cross every dangerous terriorty, but this says that if you’ve done your research, you can see where you’re going, and as a Muslim you’ve prayed istikhara, made dua, and have sincere intentions than have that certainty. There’s nothing like indecision and doubt that kills a leader and kills an organisation.

From an Ummah perspective, the lessons of this day, and perhaps the reason why Prophet Mohammed (Peace be upon him) asked us to fast this day in order to contemplate this lesson is that we should be sure of Allah’s victory for this Ummah, and we should be optimistic against all odds. A ProductiveMuslim never quits and he/she never gives up, he doesn’t listen to the 1000s of media channels that depress you and tell you how weak the Muslim Ummah is but he/she looks for signs of hope and inspiration and firmly believes that “verily with me is my Lord. He will guide me.”

Last year, we all experienced a (hopefully!) once-in-a-lifetime Ramadan. A