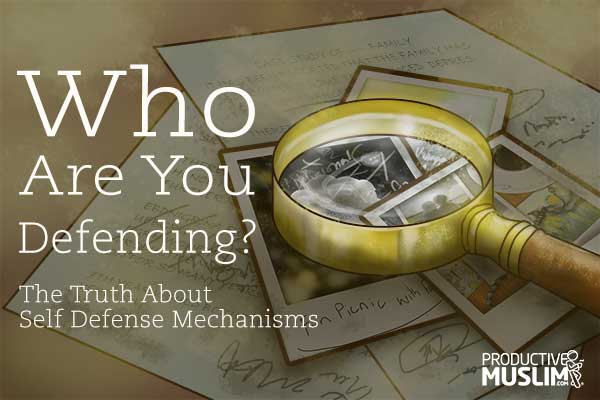 “I was surprised to get your call this morning. Are you sure you don’t need more time? It’s only been two weeks since you started on the job,” Mr. Mohanad Zahir asked me when I walked in. He was standing on the terrace, observing his gardeners at work.

“Well, I finally found the last missing piece of the puzzle. Mr. Zahir, I think you’ll need to sit down for this,” I replied. “Now before I tell you who it is, can I ask what your next step would be?”

“Justice will take its course for sure.”

“No matter who the culprit may be?” I asked.

“No doubt about it” Mohanad shook his head. “Let me tell you something about me, Miss. I’ve built a whole empire and taken it to unparalleled levels of success. I would’ve never reached as high as I have reached if I was the type to cut corners or compromise my integrity.”

I contemplated on his words for a silent moment. Being the sole heir to the Zahir’s fortune, I knew for a fact he’d inherited the whole empire from his late father. The man was obviously in utter denial.

“You must have inherited this grit and fortitude from your father as well. I hear he was a legend.” I added carefully.

“Is that what you’re insinuating? That I’m just a tag along? That nothing I do on my own will ever be considered ‘legendary’ compared to my father’s achievement?”

“I know what people are saying behind my back,” Monahad continued. “But I’m proud of what I’ve accomplished and I’ve never allowed myself to live in my dad’s shadow.” Mohanad rested his elbow on knees, then rubbed his forehead while closing his eyes silently.

“Is everything okay?” I asked.

“Just a small headache. I was working late last night and didn’t get much sleep. If you’ll excuse me for one sec.” Mohanad briskly walked to the door and yelled at the top of his lungs. “Alfreddddd. ALFREEEDDDDDD!”

“Advil,” Mohanad demanded rudely.  And even though within a minute the painkiller was served to him on a gold plated tray next to a tall glass of water, Mohanad still snapped at the poor butler for taking forever and insulted him for his incompetence. Doesn’t take a genius to see this was conversion and displacement put together.

“I’m fine. I get this sharp pain in my shoulder and splitting headaches every now then.” He declared.

“Do you remember when those symptoms started exactly?”

“Since your car accident perhaps?” I asked.

“The one you got into last year. Your son Hamza mentioned you’ve been short with him ever since.”

“He said you were livid about your brand new Maserati getting wrecked, and according to him that was an ‘understatement’”

“What are you getting at?” Mohanad breathed heavily.

“So, it occurred to me, you know when your insurance company denied your claim, that perhaps you would’ve voided the contract with them, but on the contrary, you renewed it.”

Mohanad stared back at me, his eyes wide with horror.

“I guess you forgave them and moved passed it when you realized they were right all along. The accident was a result of your negligence and reckless driving.” I insisted.

“Don’t you dare say NEGLIGENCE! I LOVED THAT CAR!” Mohanad yelled as he grabbed a crystal vase and slammed it against the wall. “That rotten manager tried to make a complete fool out of me. He strung the insurance claim out for months and then practically called me a ‘vulture’ when I tried to retrieve what was rightfully mine.”

“So you stole your wife’s necklace and buried it in the secret garden, and since your family has been their pristine customers for years and years, you knew the insurance company wouldn’t refuse your claim twice in a row,”

“Even if that were justifiable, the insurance money you got for the necklace is way more than the amount you requested for the first settlement check.”

“What about the pain, suffering, and anger I had to endure for a whole year? You can’t put a price on that Miss!” Mohanad scoffed. “Can’t you see? They OWED ME every penny.”

“I don’t know what to say, Mr. Zahir. This is rationalization and you know it” I shook my head disapprovingly.

“Oh no, you DIDN’T” My assistant Jenna said with an exaggerated accent.

“What else was I supposed to do? Like my friend Mr. Zahir says, ‘justice has to take its course’” I smiled.

“Wow! Well, he certainly got what he deserved.” Jenna agreed. “But now help me out here. Why would Mohanad go through all this trouble of hiring you? He already got the insurance money so why open the case again?”

“With most insurance policies, even after the expenses have been paid, there’s usually a grace period where either party is allowed to reopen the claim after it’s been settled. I guess Mohanad tricked everyone by hiring me. Him being so adamant to find the thief is proof enough he didn’t do it, and it would definitely discourage the insurance company from reopening the case and wasting their time and money.” I said.

“And he really convinced himself he wasn’t doing anything wrong!” Jenna screeched.

“It’s a self-defense mechanism called ‘rationalization’. When we do something against our morals, we sometimes tend to ‘rationalize’ our behavior. We defend our actions by giving excuses or reasons to ourselves, making them more acceptable and making our conscious feel less guilty.”

“I still can’t believe it. All this time we were searching for the thief and he was right there before our eyes!”

is fair, honey. We’ll all eventually pay for our wrongdoing.” I said as I packed my stuff to leave. “That’s a wrap ladies and gentlemen. My work here is done. I can finally go home and slip peacefully into a nice, long coma”

“ORRRRR…. You can put this story to good use and write a thriller series about the different types of self-defense mechanisms.” Jenna winked.

“If only you knew…” I laughed as I walked away.

We can’t believe this amazing series backed with wisdom has ended! It helped us delve deeper into ourselves, learn the secrets behind some of our most uncomfortable personality issues and showed us how to deal with them in a more positive way for our own well-being and overall productivity.

We want to take this opportunity and ask you, how did learning these defense mechanisms help you with your own self-discovery and attempt to develop yourselves? We look forward to reading your insights in the comment.

If you’re interested in more faith-based personal-development gems, subscribe to our newsletter to get our manifesto, as well as, more exclusive productivity insights to help you with your self-development journey and success in this life and the next!